A work created for Toshiba's co-creation hub, "Creative Circuit ™." It was designed to inspire visitors' hearts with Toshiba's vision: "the fusion of cyber and physical technology will create a new world."
Lights that move like balls bouncing down the stairs… Lights that fall like a sudden shower… Data on the behavior of familiar phenomena created by physics simulation appears as a light, a being without mass, in acrylic, a being with mass. At this time, acrylic reflects the appearance of data that emerged in the physical world. It is also like a "window" for looking into the invisible digital world from the physical world.
Its existence, which melts the boundaries of the existing perception of digital and physical, evokes a different kind of "perception" created by combining cyber and physical technologies. 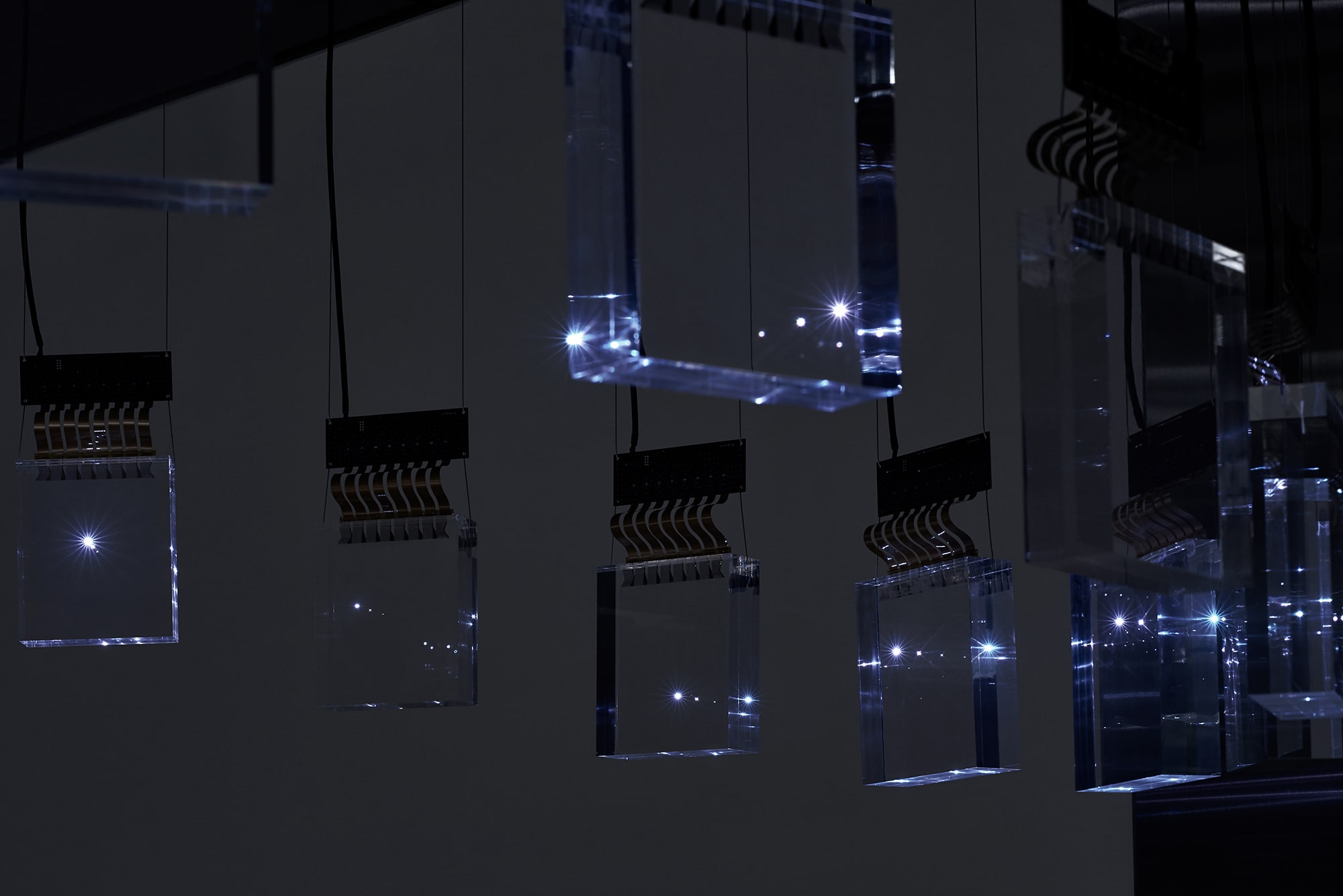 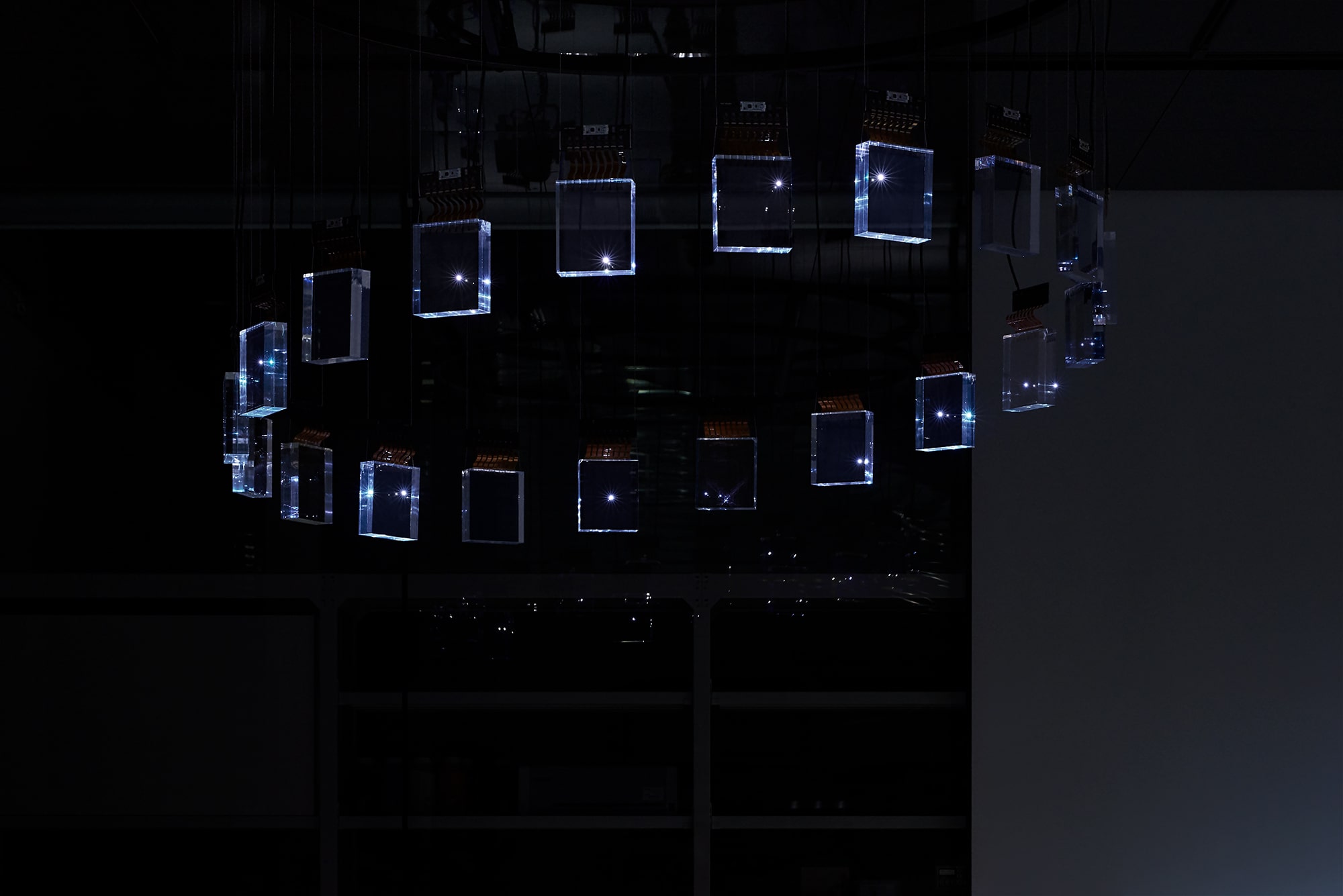 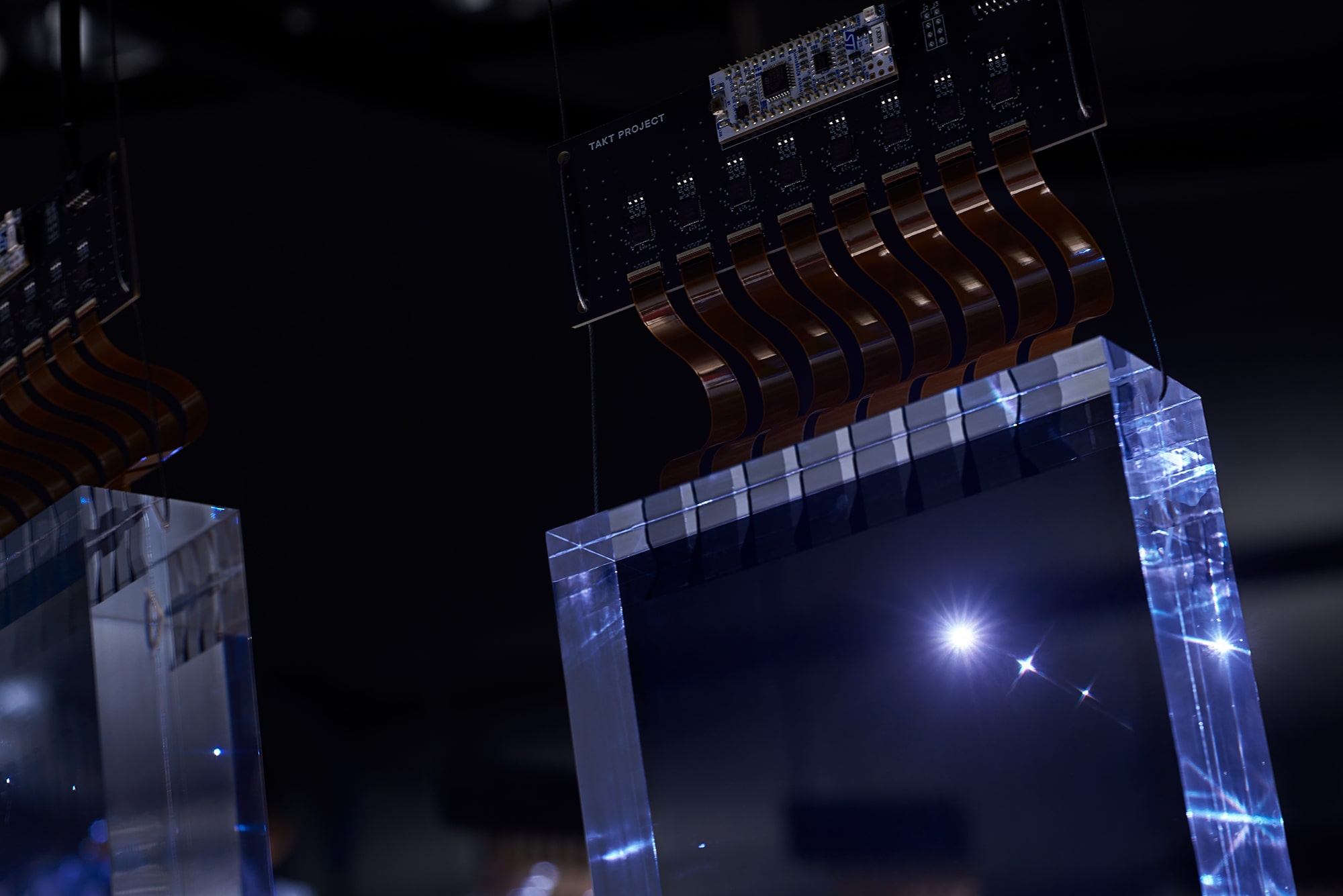 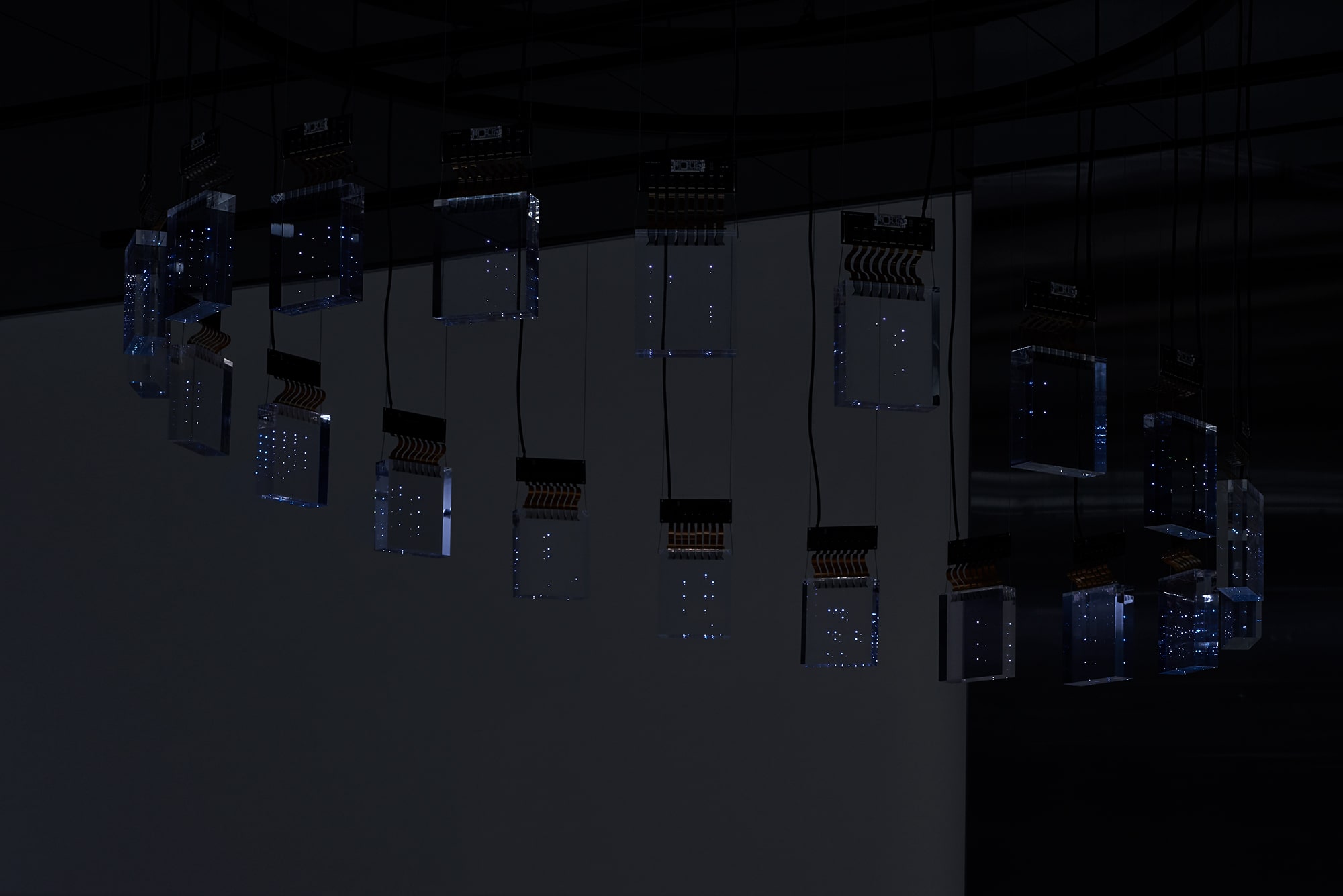 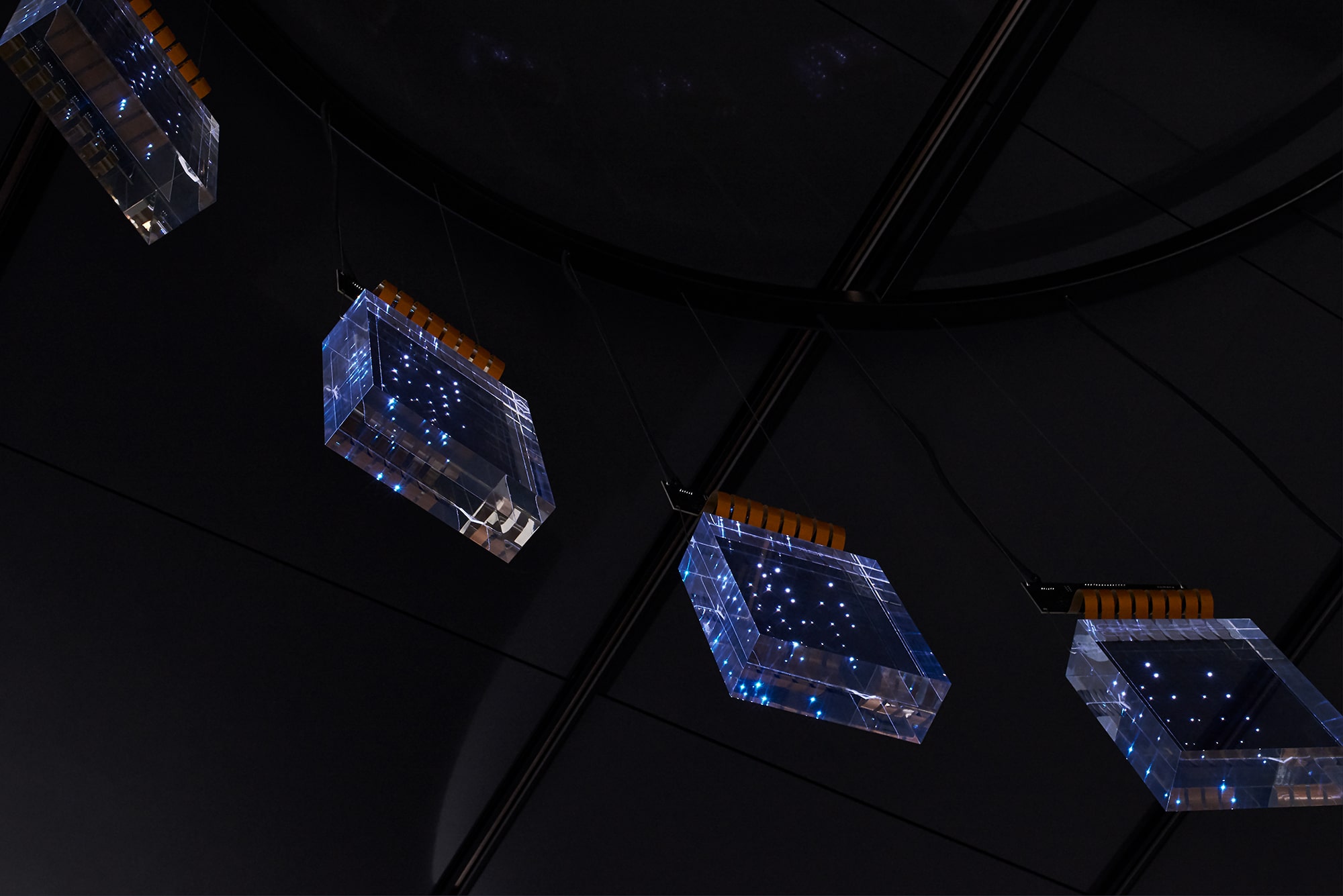 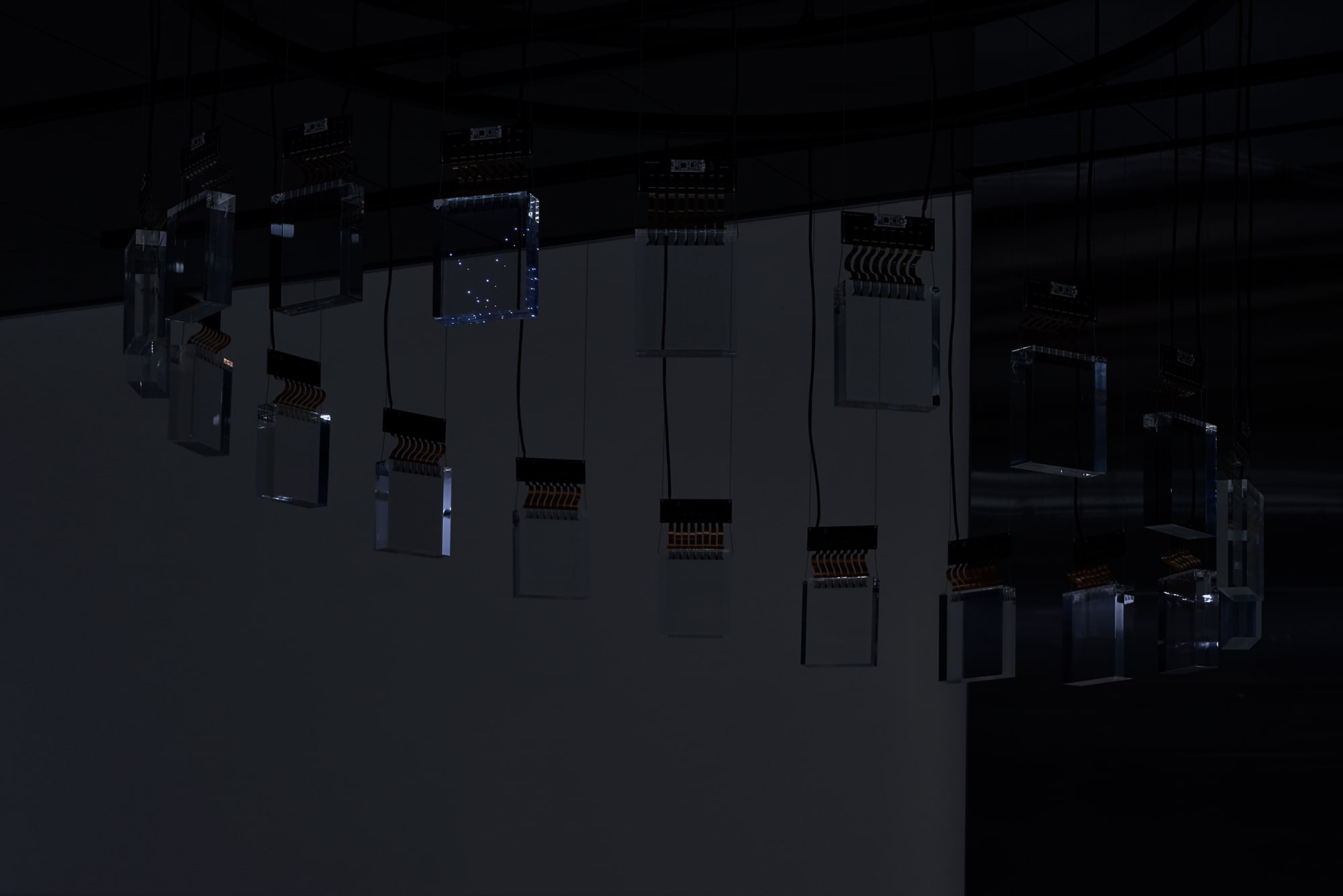 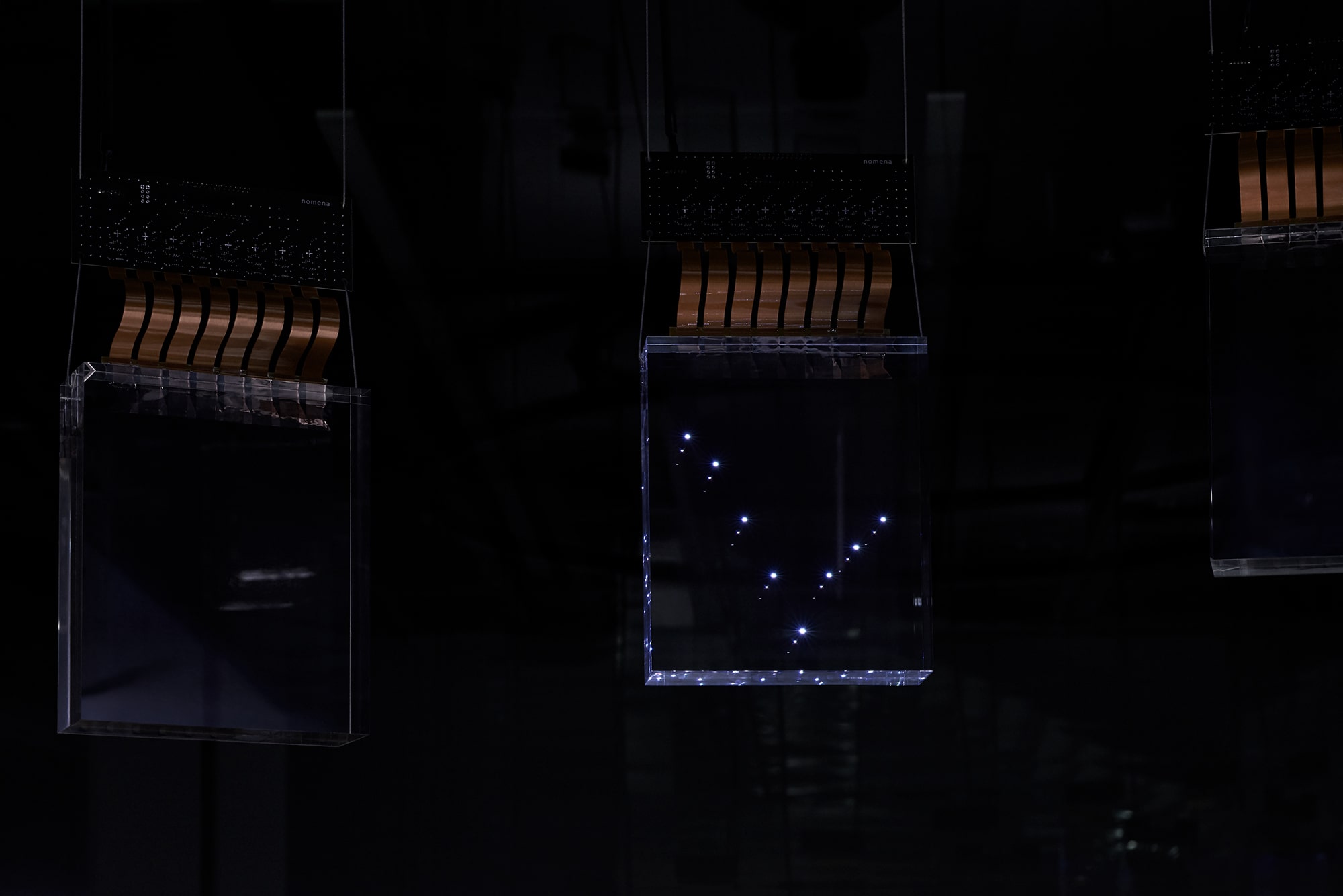 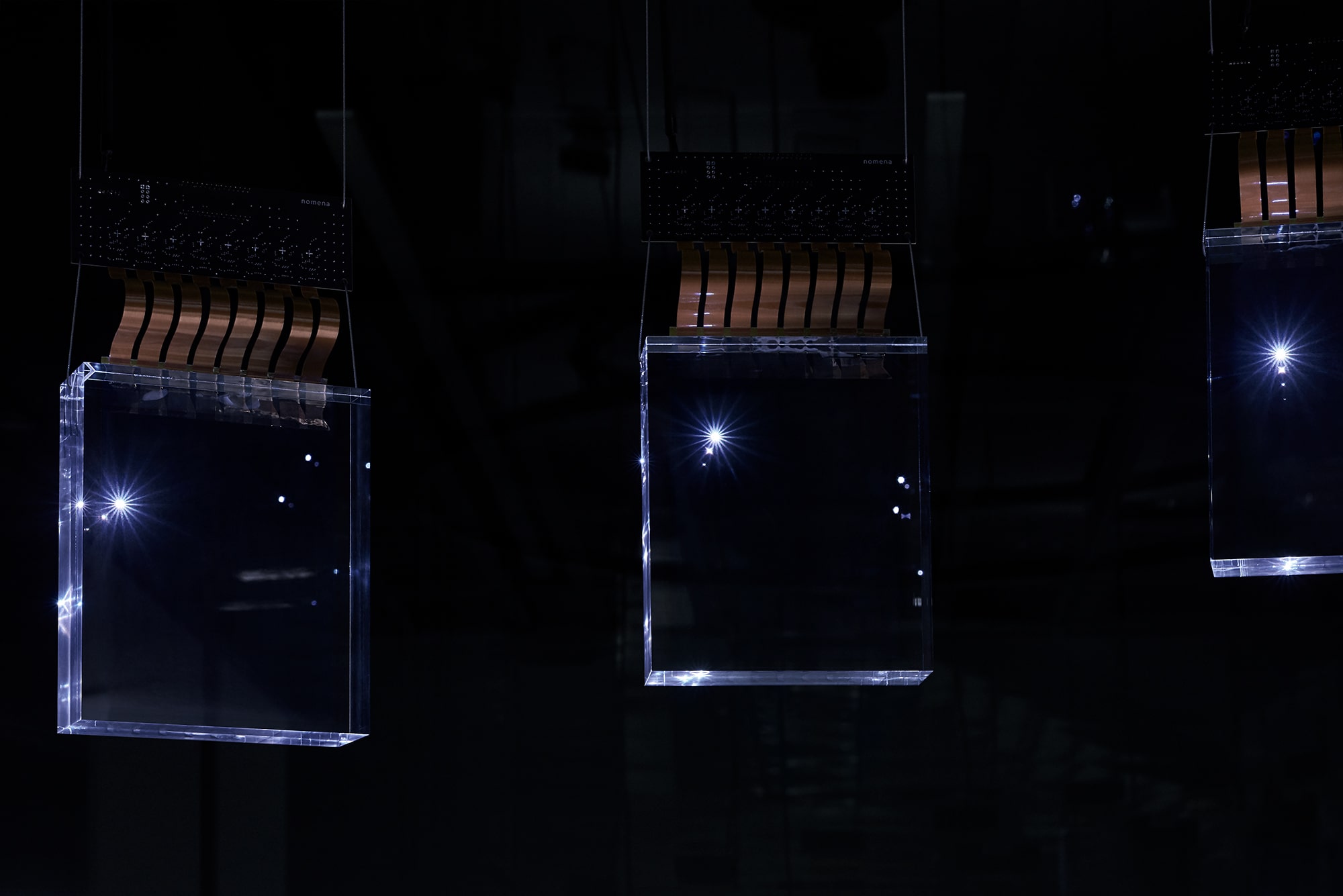 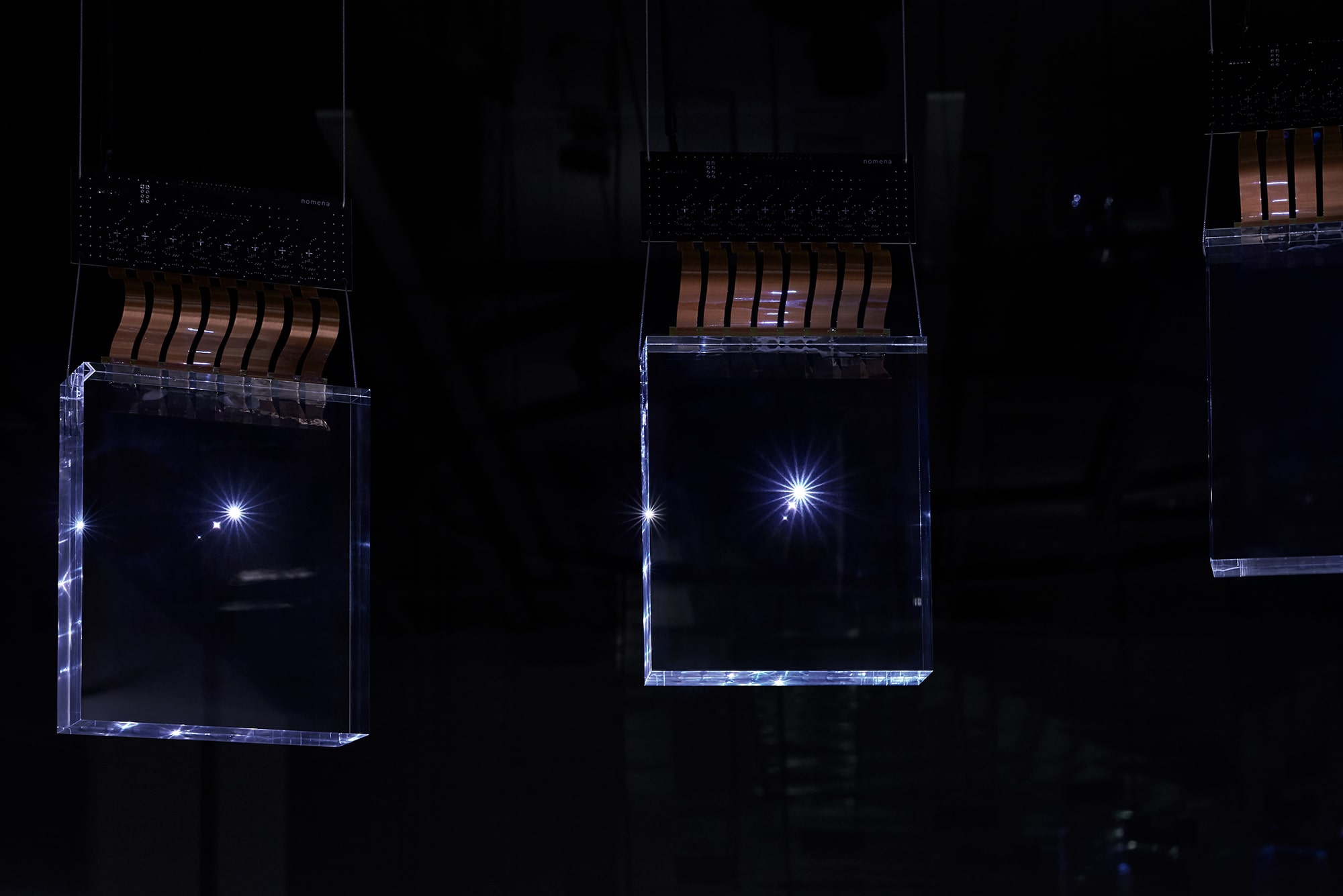 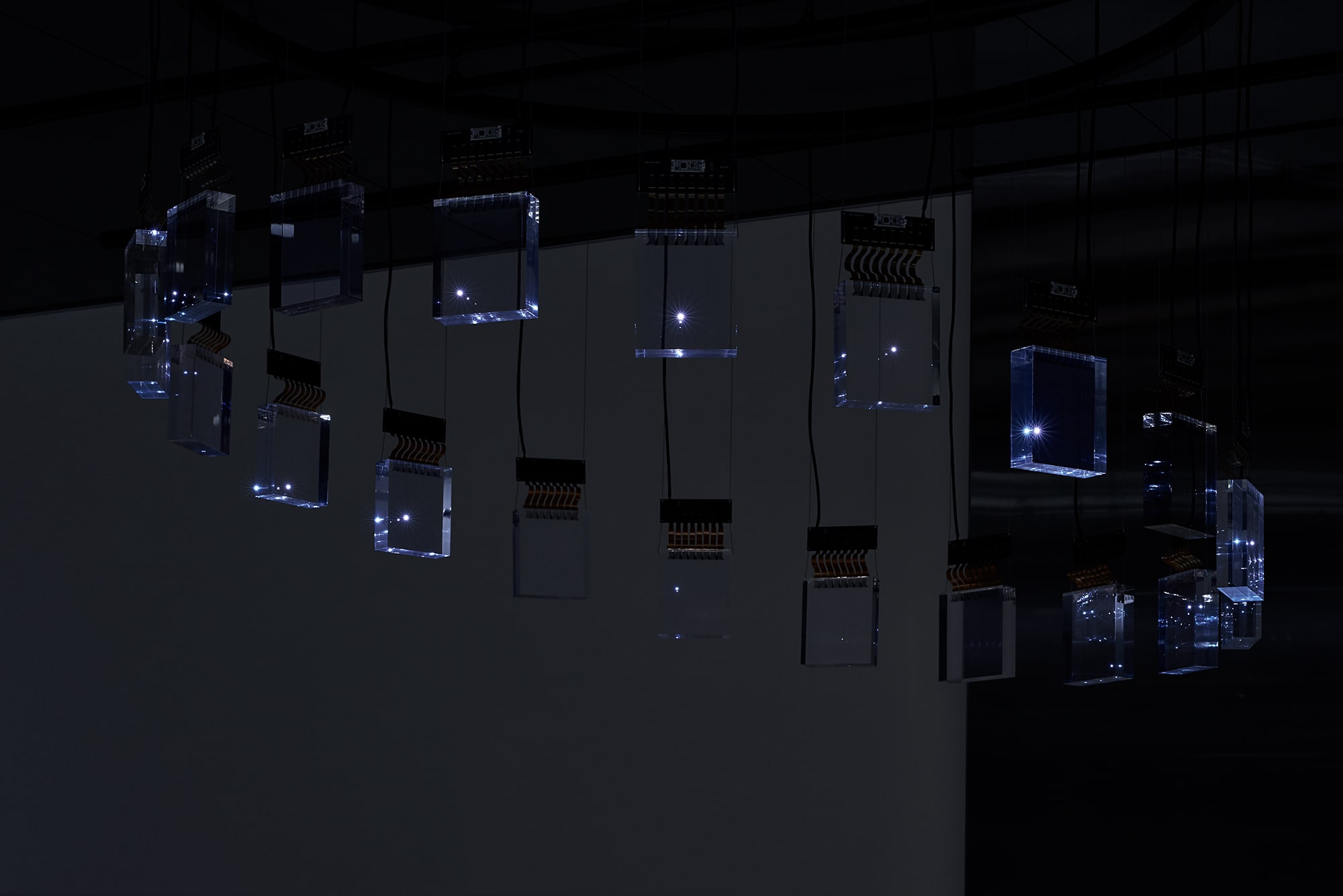 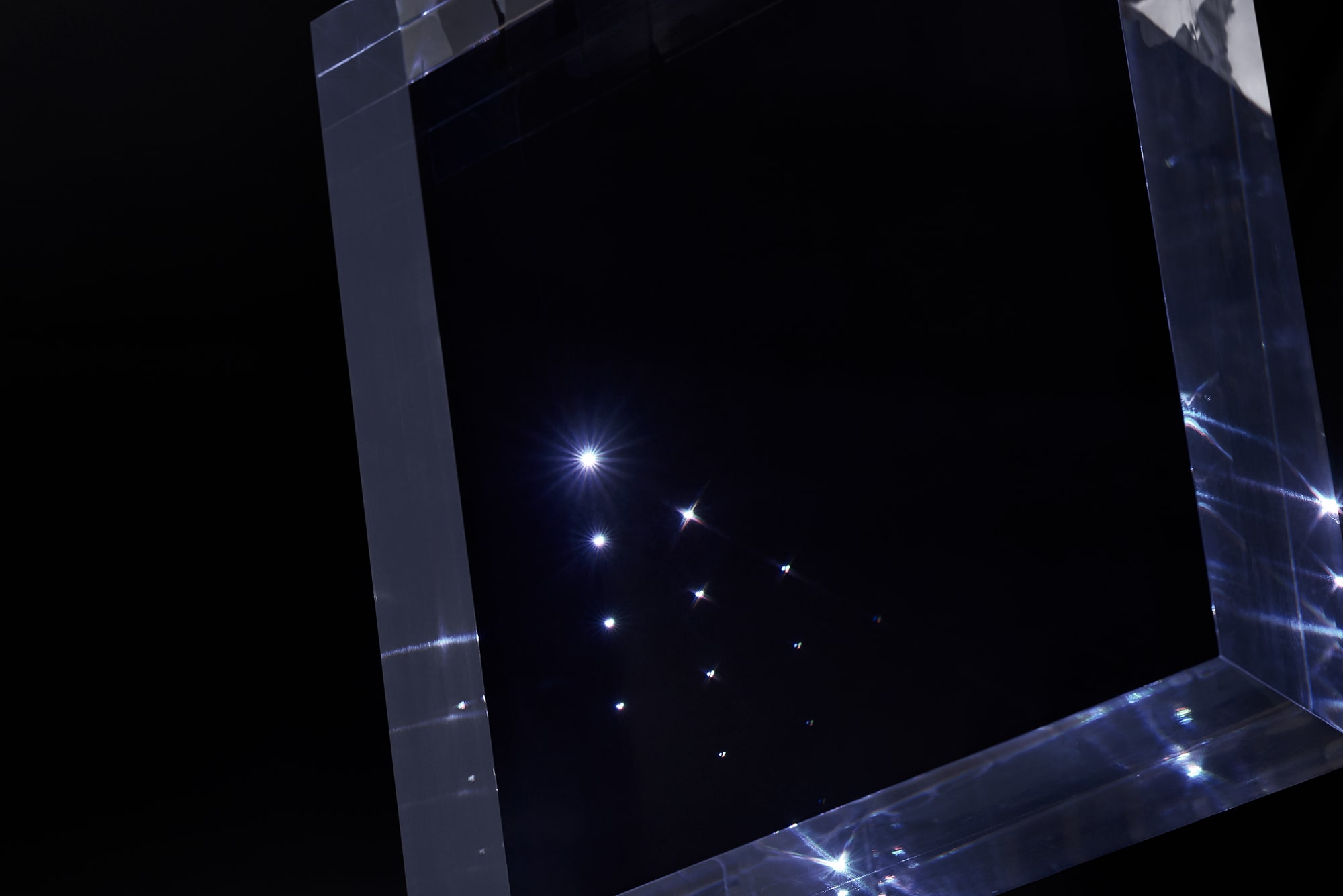 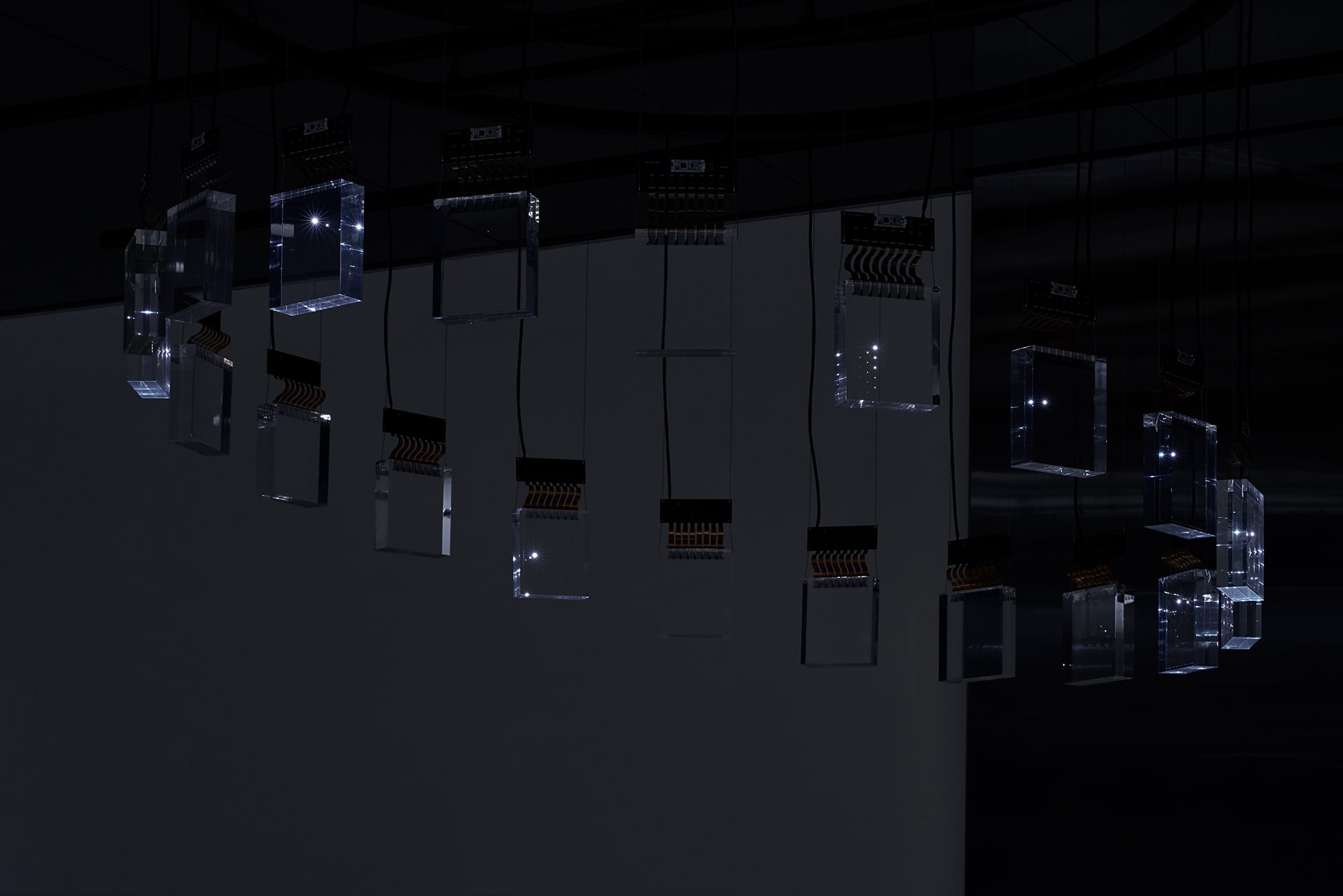 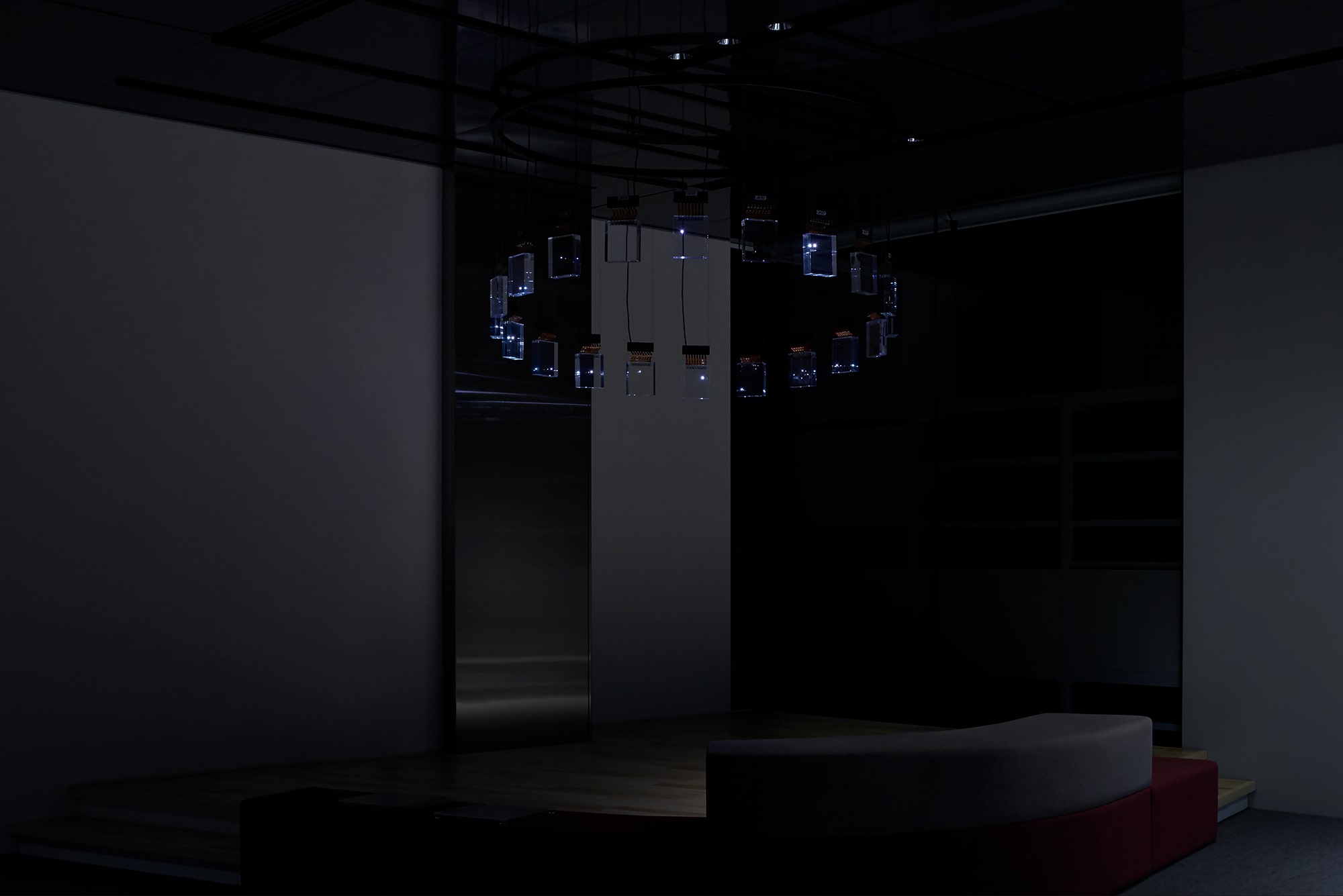