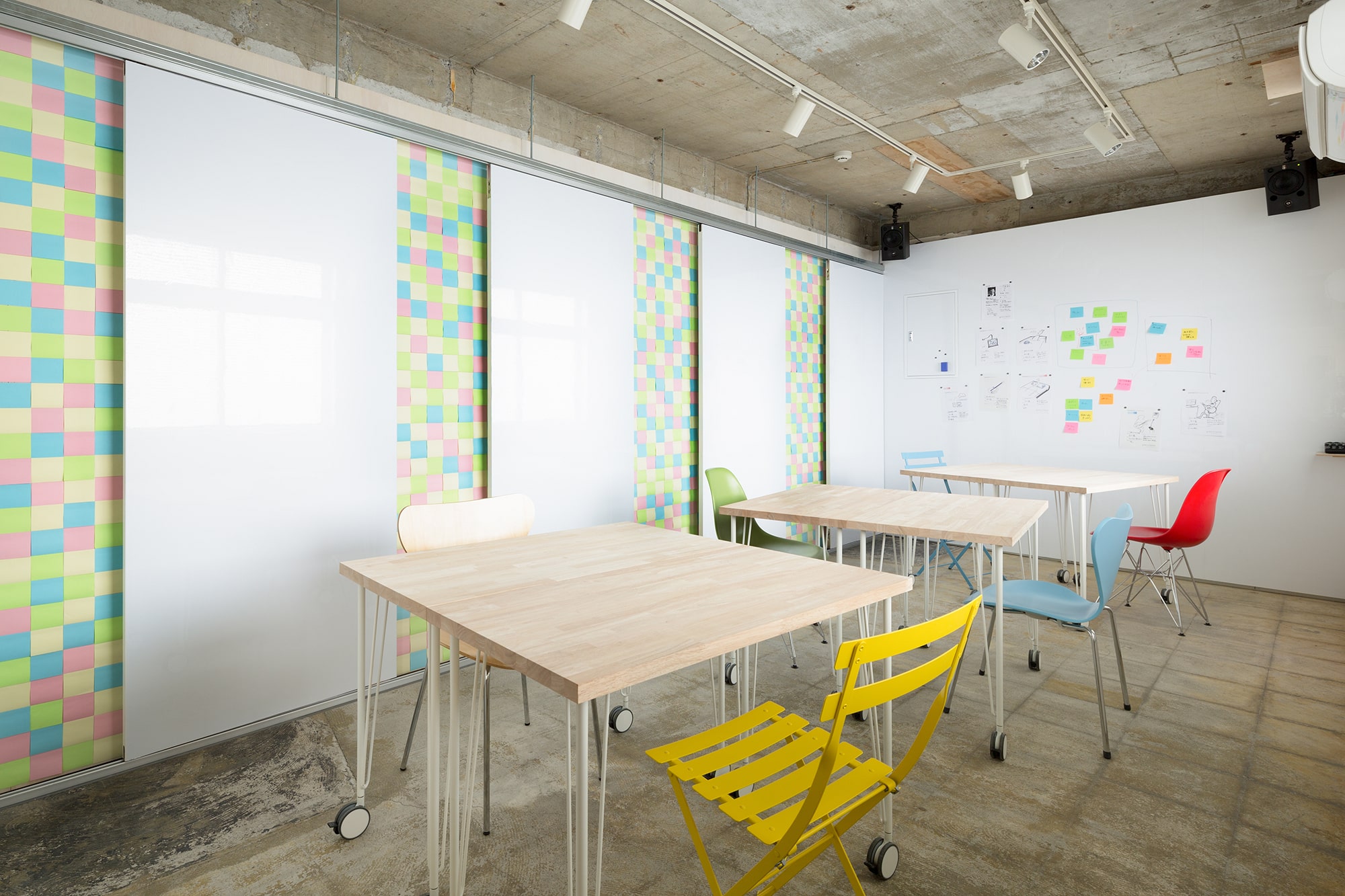 !/F (interface) is a Yamaha co-creation space for creating and verifying ideas.It is an interface (meeting point) not only within Yamaha but also for external individuals and enterprises to co-create. This is a place to "prototype your experience" by quickly forming ideas for various products and services such as music interfaces.From the keyword “experience,” we aimed to treat the space itself as a “tool” rather than a “place.”
We tried to develop materials necessary for the activities performed in this place, such as material samples, Post-it, and whiteboards as decors that make up space by purposely leaving them out and recapturing them as interior materials. For example, Post-it is stuck on the entire wall like a tile. Of course, it can be used as a post-it necessary for discussion of ideas, but its colorful color contributes to creating a fun and open atmosphere as an interior material. In front of the Post-it wall, we installed four large whiteboards. Not only can you move laterally along the installed rails, but you can rotate it so that the rear side can also be used, and several projects can be carried out in parallel at the same time. Also, by moving the whiteboard itself, the flattened idea can be treated as an entity such as matching or separating. When the whiteboard is fixed at a position rotated 90 degrees, it also functions as a partition that gently divides the room.
In this space, Post-it is not only a tool but also an interior material. Whiteboards are tools, interior materials, and furniture.By reinterpreting the existing definition and blurring the boundaries between tools and furniture, interior materials and tools, fields and tools, we aimed the space itself to become a "tool" rather than a "place" to create a mechanism that encourages the users to experience more. 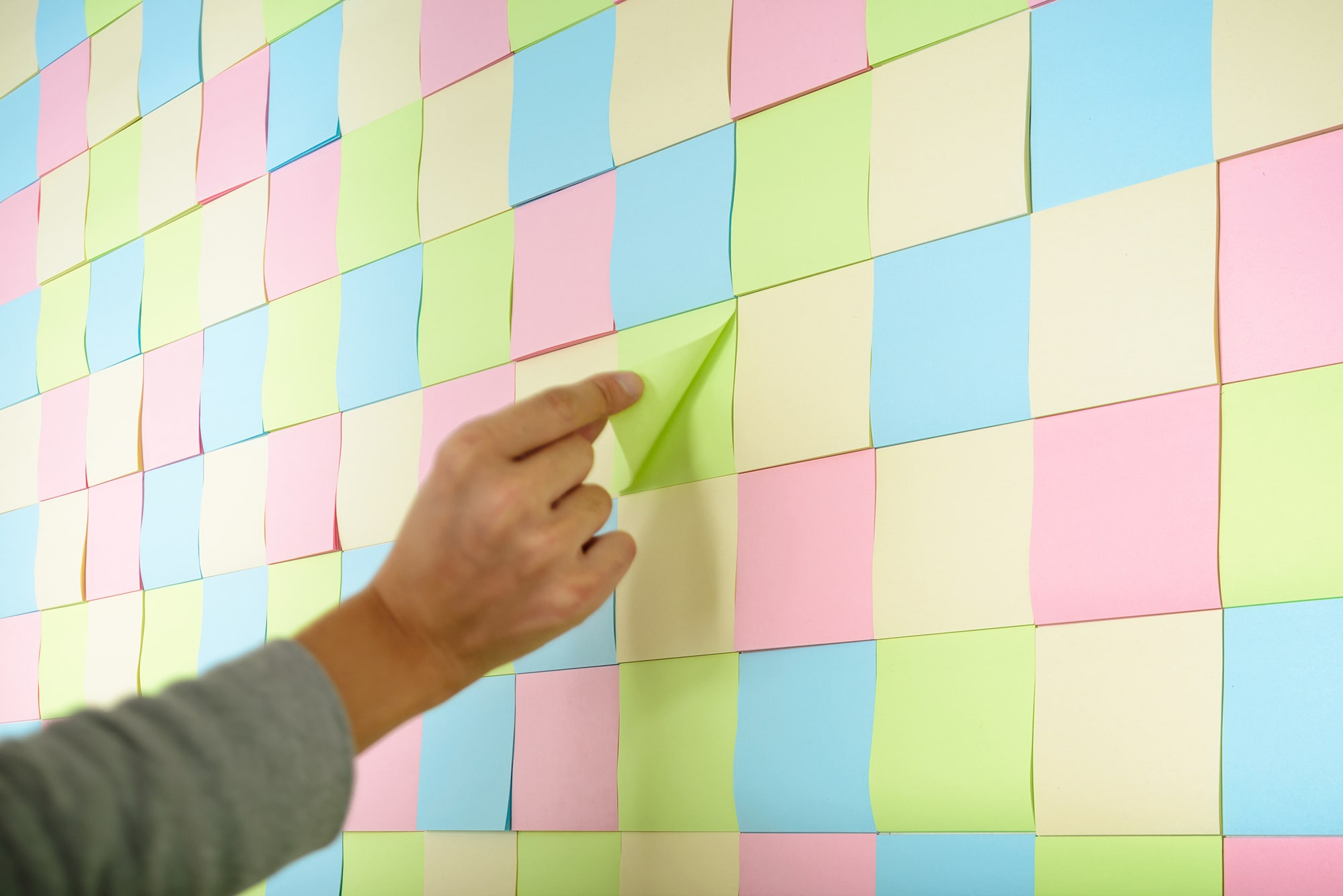 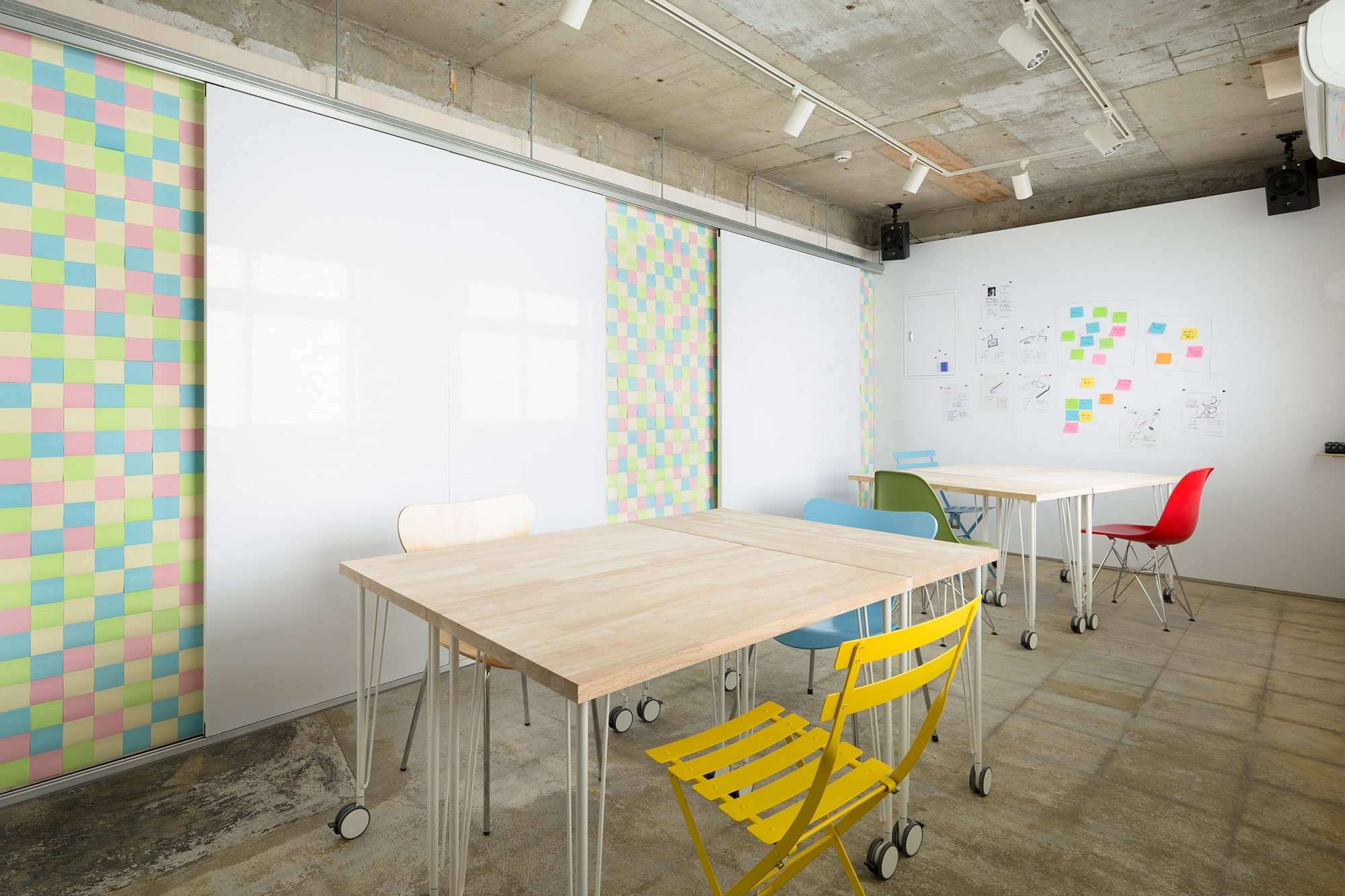 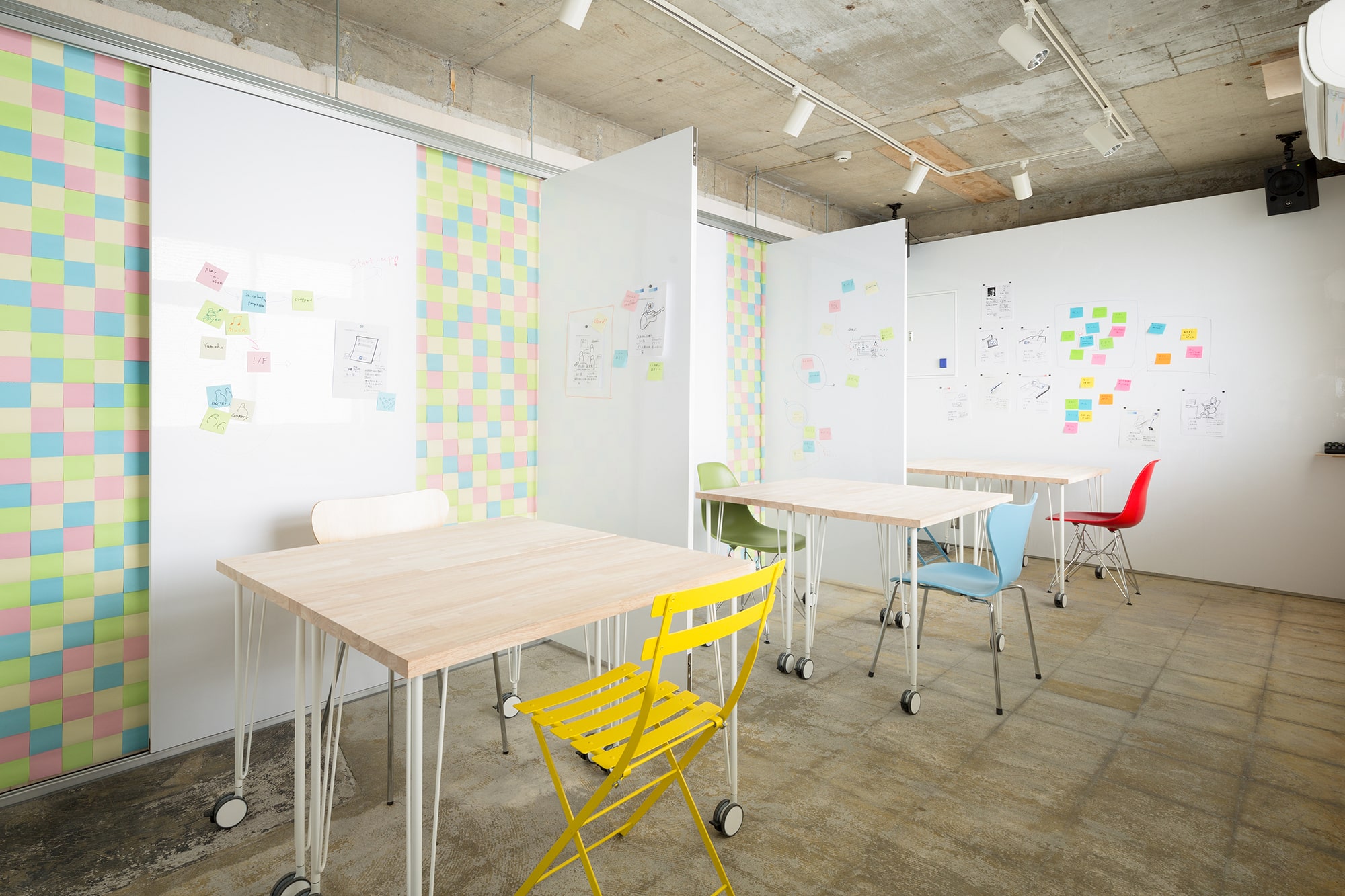 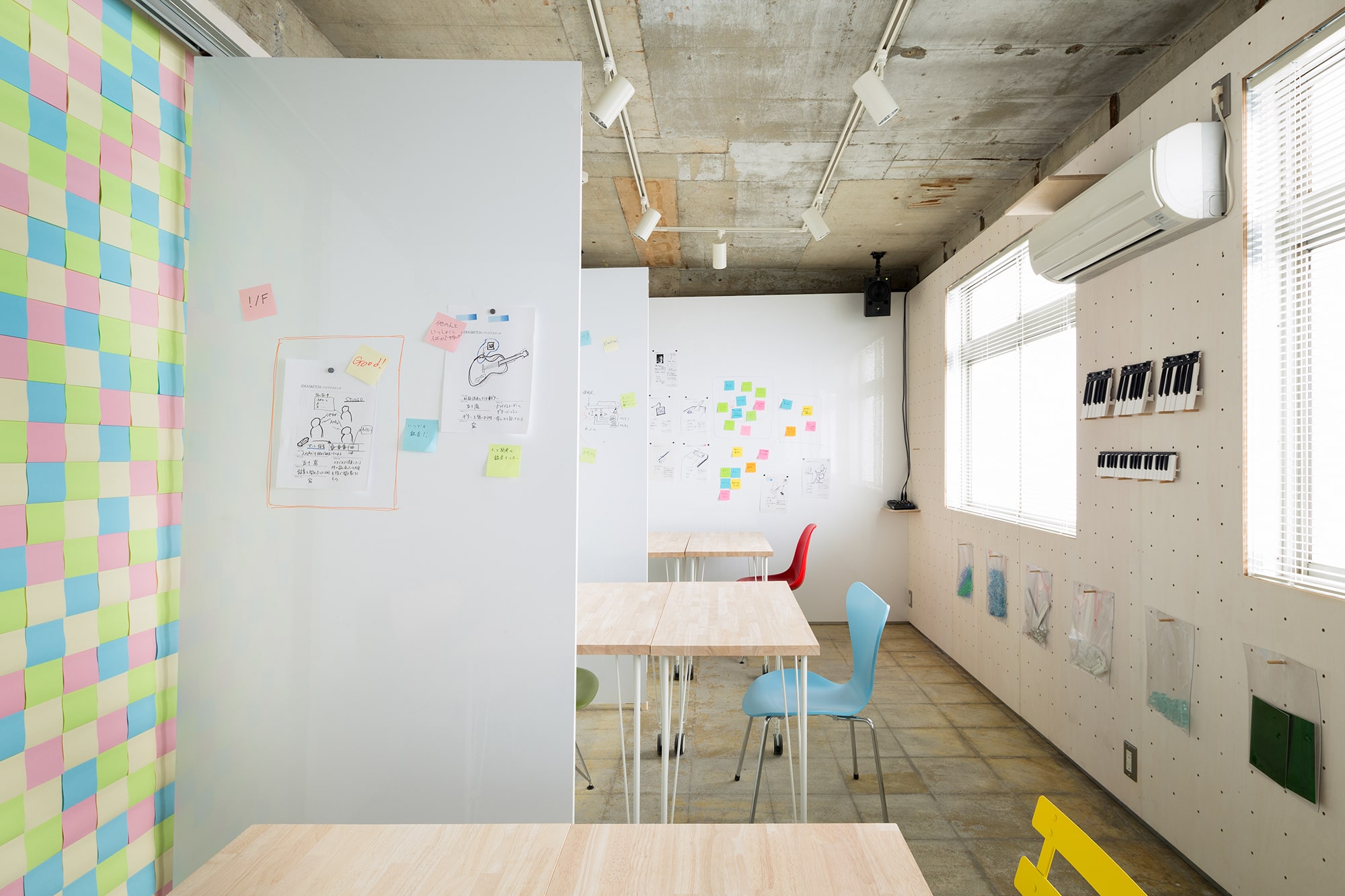 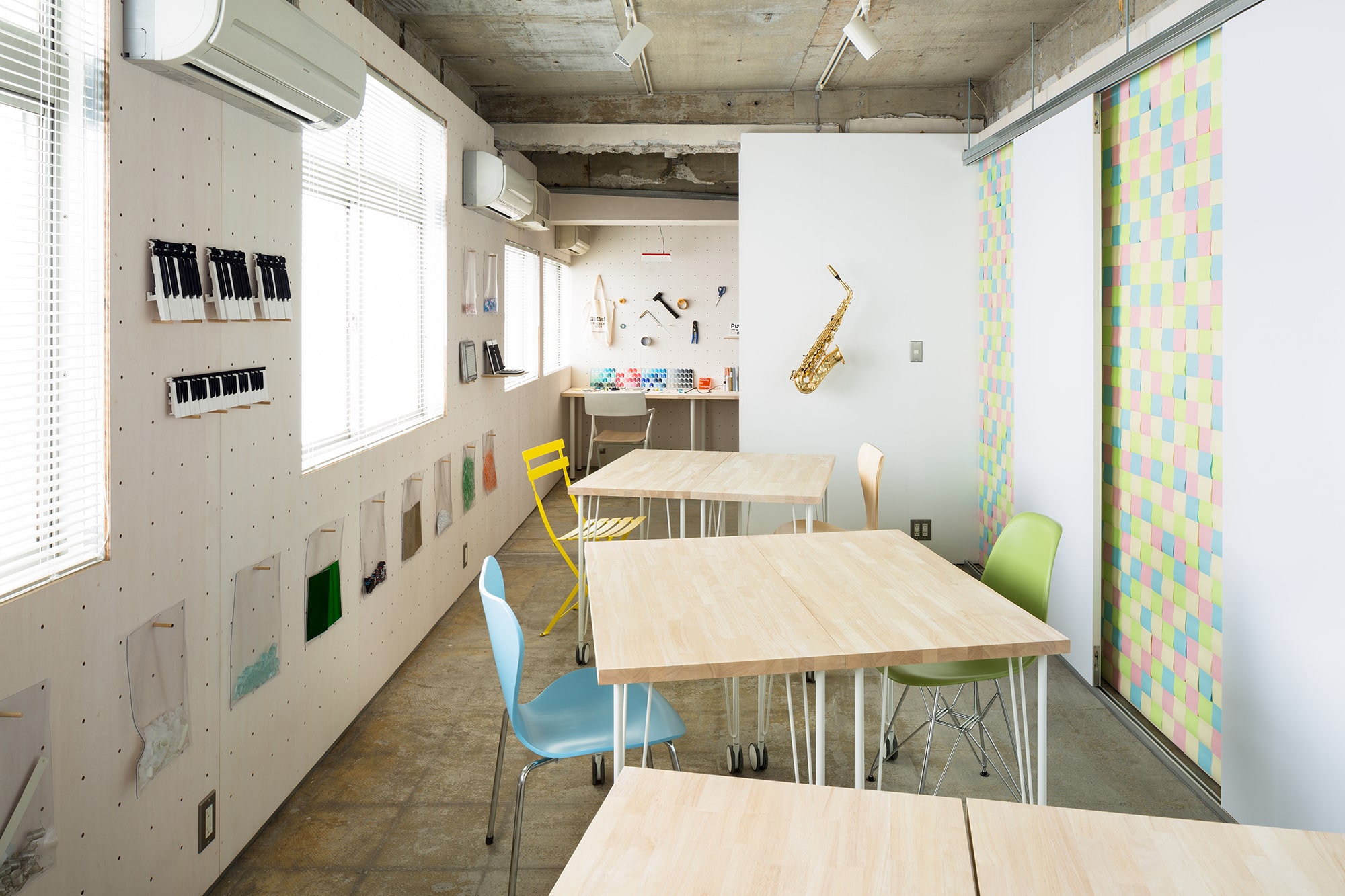 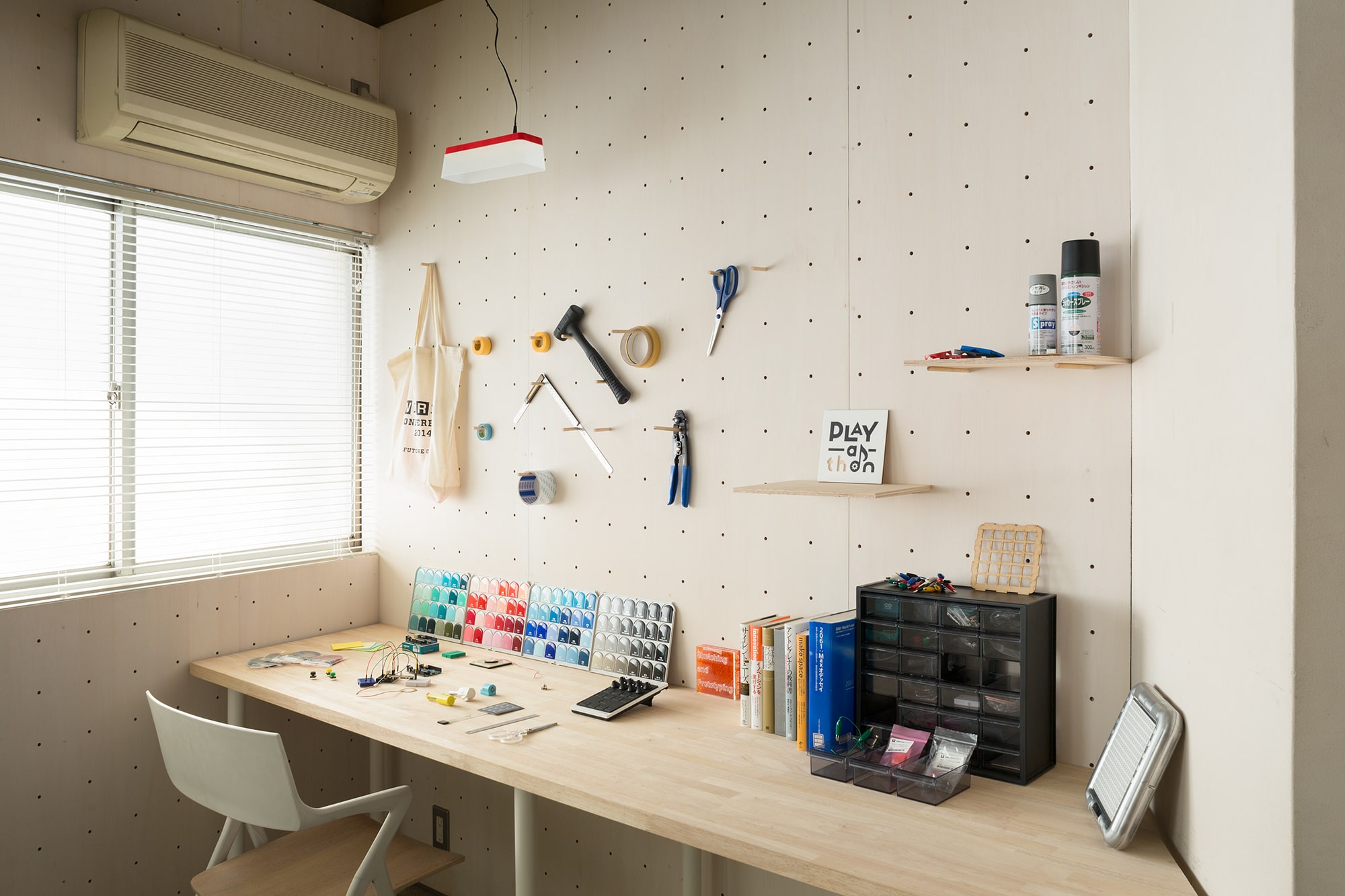 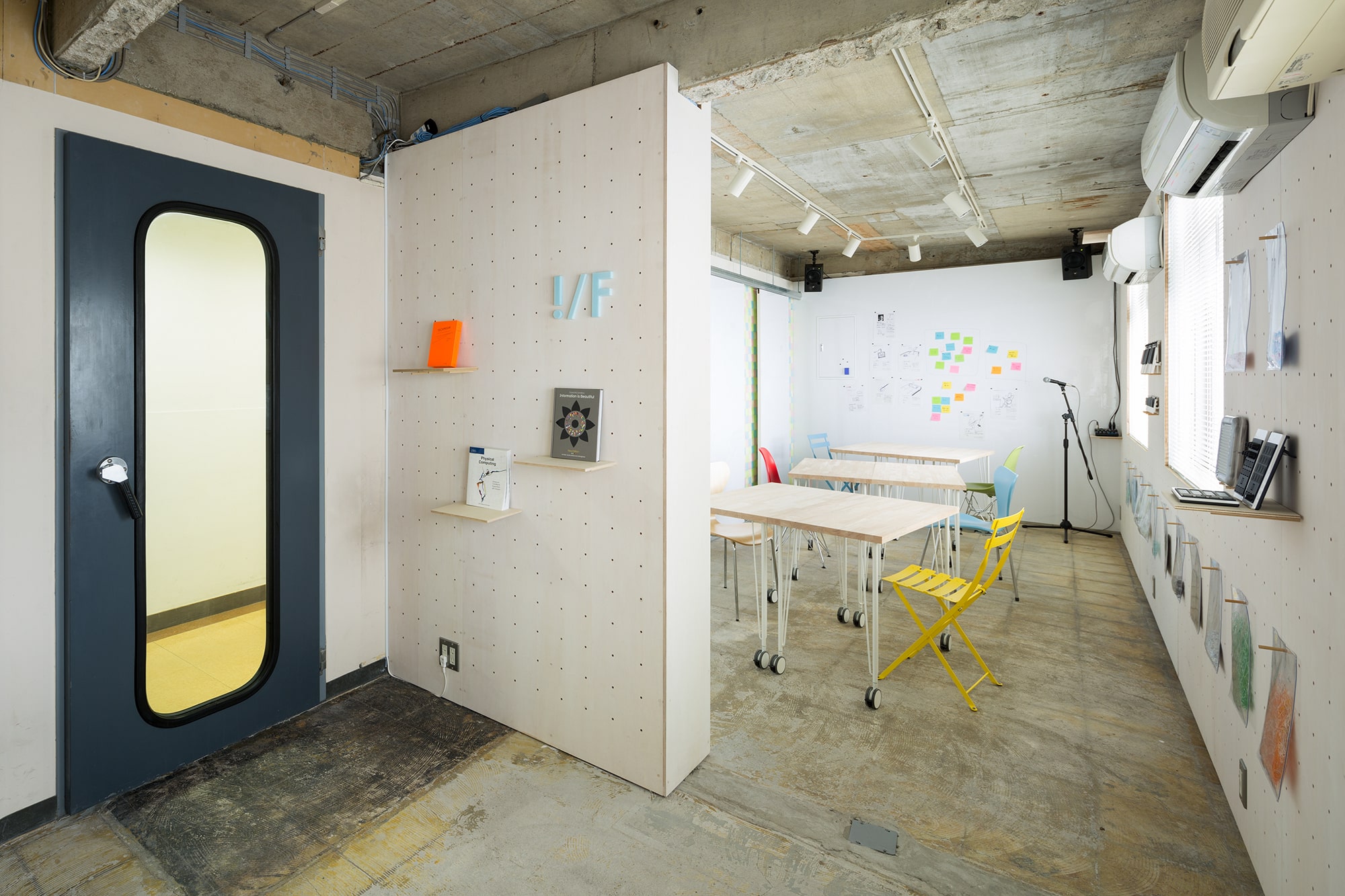